Mobile film making is fine for making social media shorts – but what about a full length feature? Sean Baker, Michel Gondry, Steven Soderbergh – all of them Hollywood directors who have made films using an iPhone camera for a cinematic release. None of them, however, edited their films using the same device.

“The enemy of art is the absence of limitations.” – Orson Welles
The schools, museums, public sector organisations I work with don’t always have lots of kit, if any kit at all. Tablets in particular are easier to come by and most have film editing apps. So, the limitation I gave myself was inspired by the people I’ve been training and working with. Capture and edit on a mobile device.
And if it’s okay to edit a minute or two of video on a mobile device then why not 10 minutes, 25 minutes, 45 minutes?

By most standards (British Film Institute, the Academy Awards) is “feature” length and so that was the target.
The subject of the film, Open/Close, is:

“BRINGING STREET ART TO DUNDEE, OPEN/CLOSE IS INJECTING LIFE TO THE ALLEYWAYS AND FORGOTTEN CORNERS OF THE CITY CENTRE. WORKING WITH LOCAL ARTISTS.”

Learn more about the project on the website
Open Close Movie was projected at the Dundee Contemporary Arts Centre cinema on 19 May 2018. 130 people turned out and generously signed my lobby poster with lots of nice comments. 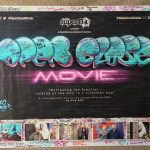 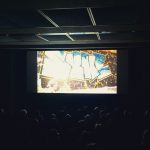 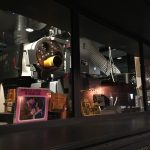 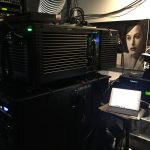 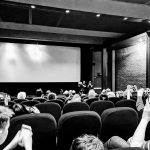 The plan now is to release the film online later in the year with additional footage of a spin-off Open/Close project (in partnership with Dundee City Council) called Waste of Space; where industrial waste bins are being painted up by local artists.
So watch this space – Open Close Movie is coming to this screen soon!